One of the many ways by which you can categorize breeds is by how energetic they are. Some people are okay with a carefree, lazy companion dog that will be happy to sit on the bed beside you all day. Other people want to adopt an active dog that will keep them on their toes. If you are looking for a dog that can be entertaining and energizing to watch, you might want to consider the designer breed known as the Morkie.

The Morkie, which is a cross between the Maltese dog and the Yorkshire terrier, is a high-energy dog that is very suitable for families that live in small homes, apartments, and other areas where most energetic dogs do not make a good fit. These dogs have a characteristic appearance that combines the height and stature of the Yorkshire terrier with the long and beautiful fur of the Maltese, creating an energetic, adorable companion that will surely become the center of your life. And if it doesn’t, your Morkie will make itself the center of attention for you.

Where Did the Morkie Come From?

Designer breeds, which are created by purposefully crossbreeding two different purebred dogs for the sake of combining the best parts of each dog’s appearance, are a relatively new phenomenon in the dog breeding world. This is in comparison to centuries of breeding done by early settlers and people who worked on farms in the seventeenth century. It is believed that designer breeding got its start sometime between the 1960s and 1970s. This can make it somewhat difficult to figure out the specific origins of a designer breed, and it also means that there isn’t very much history as to where the dog came from either.

The Morkie is a relatively new addition to designer breeds. It is believed that this breed was first developed in North America in the late 1990s, although this fact is not certain. It is thought that the purpose of crossing the Maltese with the Yorkshire terrier was to create a friendly lap dog that doesn’t shed much, and in this sense, the Morkie was a success. Over the years, the Morkie has steadily increased in popularity as designer breeds as a whole have become more common.

As a cross between the Maltese and the Yorkshire terrier, the Morkie combines aspects of both breeds’ appearances. Do keep in mind that with designer breeds, there is no exact standard as to how the breed will turn out, and it depends heavily on the appearance of both parents.

If it is possible, you should talk to the breeder about the appearance of the parent dogs if you want to get any indication of what your Morkie will look like. With that being said, the Morkie is a very small dog, often weighing no more than eight pounds. Underneath a long coat of fur, these dogs are often lean with a curled tail. They have fine and delicate bones, which you will need to pay attention to when handling the dog. They have pointed, floppy ears, a shortened snout, and big eyes that will watch you wherever you go.

Their coats are very soft and fluffy, coming from the Maltese heritage. They can be either straight or wavy, depending on how the parents looked. The colors also depend heavily on genetics and are not usually standard between Morkies. They are often white, brown, black, or cream in color, and they can be either single color or bi-color coats.

How Does the Morkie Behave?

These dogs are balls of energy, so to speak. They are energetic, friendly, and affectionate. If they want your attention for anything from food, to play, to simply being pet, they will let you know without hesitation. They are bold little dogs that seem to forget that they are fragile and tiny in comparison to the rest of the world and they will often stand up against anything in their way.

They love spending time with their person, particularly on that person’s lap. If they aren’t on their favorite person’s lap, they can often be found trailing behind them or sleeping beside them. When they are awake, they will demand all of the attention that you can offer, meaning that you will often have to tend to those needs.

Easy to say, these dogs will be happy playing just about any type of game with you, whether it is chasing a ball around the room or simply just playing tug-of-war with an old sock. These social dogs have a tendency to yap and bark at most things that pass by, including cars, birds, and doors. Keep this in mind if you are looking for an apartment-friendly dog, as some of your neighbors might not think it is the best addition to their lives, no matter how adorable the dog might be.

How Do You Care for the Morkie?

The most important thing to remember about the Morkie is that it must be in a home where it will not be disruptive to have the dog at the center of attention. If you work from home, need to make frequent calls, or may not even be home often, the Morkie may not be suitable for you. These dogs crave and thrive on attention, and they need a lot of it. While they don’t need much exercise at all (a short, daily walk will usually suffice), you should still purchase toys that your dog can play with vigorously so that it keeps itself entertained at home.

They need a fair bit of grooming to keep their long, soft fur both soft and untangled. You should consider grooming the dog daily, making sure there are no tangles in the dog’s fur. You will need to accustom these dogs to bathing, as they need it on a monthly basis to keep their fur healthy. If you want to keep your dog looking good, you should make biannual trips to a groomer who can keep your dog’s fur out of its eyes and ears, for the sake of your dog’s health.

How Is the Morkie’s Health?

As with all dogs, the Morkie is prone to a slew of health problems due to its size and fur. You should always speak with your breeder about the health of both parents, as there is always the potential to inherit hereditary conditions.

Morkies have the tendency to develop problems around their eyes, ears, and teeth, as both of the parent breeds are also prone to these problems. They have the potential to develop a collapsed trachea and reverse sneezing, which is something you will have to look out for. There are also a number of bone problems that come from the short and thin stature of these dogs.

The biggest danger that you will want to look out for is the fragility of their bones. You will need to exercise care and caution when picking up your dog and carrying it. When properly cared for and tended to, these dogs have an average life expectancy of 10 to 13 years. 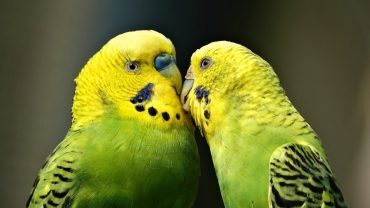