It should come as no surprise that dogs aren’t the biggest natural carb consumers on the planet. When you think of high carb foods, you probably think of foodstuffs that are rather starchy, such as bread and pasta, and it’s not like dogs go around munching on those.

But what does that mean for your dog’s diet? Can your dogs still benefit from carbs, and if so, how many should they consume? Is there even such a thing as low carb dog food? Let’s take a closer look at dog nutrition and how carbs can be surprisingly beneficial for them.

Dogs are descended from wolves, which are natural carnivores, so their digestive systems have evolved to ensure that they get most of their nutrients from protein and fat. Unlike the human digestive system, dogs’ saliva does not produce amylase, which is what helps us break down starch, and why it is such a big part of our diets.

Instead, dogs’ digestive systems have evolved to produce enzymes that are good at breaking down the nutrients they need in meat. This is why dogs can survive just fine on the right scraps of meat in large and regular enough intervals. They do not require all that dry kibble and special formula you find at pet stores across the world to survive.

However, while their saliva is amylase-free, dogs do produce a small amount of it in their pancreas, which allows them to digest seeds, grass, and other plant matter. This helps wolves digest the plant material found in their prey’s stomachs, and your dog can swallow small quantities of these things and not die – the “wild” version of a “low carb dog diet.”

According to the National Research Council of the National Academy of Sciences’ 2006 report “Nutrient Requirements of Dogs and Cats,” even though dogs don’t “need” many carbs, 30% to 60% of vet-approved dog food contains them. Other iterations of that report put the number at 46% to 74%. Either way, that’s a lot of carbs for animals that don’t need them, so what’s going on?

The truth is that the carbs in dog food are more about making it consumer-friendly than dog-friendly, though as we’ll see, they can actually be somewhat beneficial for dogs as well. But a bigger reason is that carbs are less expensive and more abundant for dog food companies. Also carbs add much-needed structure and texture to dog food, making it a lot easier to produce and store.

It is a lot easier for you to pour out solid pebbles of dog kibble or reach into a bag and grab a solid dog biscuit than it would be to deal with softer, mushier versions of those same things. The dry, hard nature of kibble and treats also often helps them last longer, whereas softer, wetter foods tend to have a shorter shelf life.

As a result, your dog eats a very different diet than that of their wolfish ancestors. Estimates show that these ancestors’ diets likely comprised around 56% protein on average, with 20% to 30% of their diet containing fat and just 14% containing carbs. By comparison, many dry dog food brands use about 18% to 32% of protein compared with anywhere from 46% to 74% carbs, with less fat as well.

Still, things aren’t all bad. On the contrary – while strictly speaking, your dogs don’t need that many carbs, they can still derive several benefits from them.

Glucose is a common example of this, and is used in the majority of bodily cells. That said, glucose is also stored for later use in the form of glycogen. If your dog eats too much of this while exercising too little, that glycogen will be converted into fat deposits. This can lead to obesity, so you’ll want to make sure your dog really is “burning off” these extra carbs.

That harder, crunchier texture featured in kibble and treats doesn’t just make it easier for you to store dog food. That kind of surface is also good for your dog’s teeth.

Being descended from carnivores, their teeth have evolved to bite into surfaces that are harder and more challenging than mere mush. The added crunchiness can thus help strengthen their teeth and keep them from getting dull.

Many of us could probably do with adding some fiber to our diets. Fiber is an essential component for digestion for many animals. It can help break down enzymes via the small intestine. Fiber is also fermented via the large intestine, which can help control bacteria in the colon.

On the one hand, your dogs actually don’t need fiber for that purpose, since their digestive system already does a good enough job of managing all of that on its own. On the other hand, however, fiber can still be helpful for dogs for a totally different reason – it’s filling.

Anyone who has eaten a full plate of pasta or bowl of rice knows how these dishes can make you fuller a lot faster than you may expect. In the same way, fiber in dog food can help them feel full even after snacking on just a few treats or a bit of kibble.

Added fiber can also help dogs with their colonic health, and can help diabetic dogs control their blood sugar levels.

Straight to the Source

The source of carbs in most dog foods is some type of cereal grain. These are typically cooked or ground up just enough so as to make it easily digestible. Carb sources are typically listed on dog food packages and include:

All of which means that a low carb dog food diet isn’t necessarily needed and may be beneficial, but as we’ve seen, for many dogs it’s unavoidable anyway. Dog food companies and consumers alike enjoy the benefits carbs lend to the production, packaging, and storing process. Add to that their cost-effectiveness, and carbs’ future in dog food is clear.

As long as that is the case, dogs will be chowing down on kibble and treats as part of low carb diets. 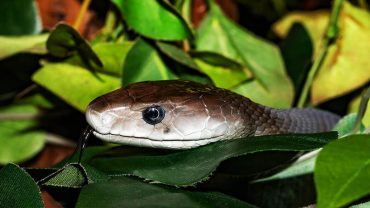