There are many aspects of hummingbirds that make them fascinating and appealing to anyone who has an interest in birds. With their small size, most hummingbirds are considered some of the lightest birds to exist. They are one of the only birds capable of flying backwards and hovering. They beat their wings between 60 and 80 times each second, moving their wings in a figure-eight motion that most birds do not follow.

These are just a handful of features that set hummingbirds apart from most other birds out there. But one fact about them that really sets them apart is the fact that a hummingbird can, in essence, starve to death in a handful of hours due to the unique metabolism that lets it perform all of these feats that no other bird can.

What Makes a Hummingbird’s Metabolism Different?

The main reason for hummingbirds being unable to survive much more than a few hours without food is due to the fact that their metabolism is one of the fastest in the world. In fact, hummingbirds are credited with having the world’s fastest metabolism out of all known animal species, even among other birds who must eat regularly. For instance, hummingbirds have a metabolism that is roughly 12 times faster than that of a pigeon’s.

This is because hummingbirds sport a combination of having a high energy output and also having a very small digestive system packed inside their body. Hummingbirds, which weigh a matter of ounces, often have to eat every few minutes because of how fast their metabolism is. They need to constantly produce energy in order to keep themselves afloat in the air, with their wings beating shy of 100 times each second, every waking moment of their lives.

Within their digestive system, scientists have been working to decipher and decode the genetic sequences that make the hummingbird’s metabolism so fast. This is still a work in progress, although what is known is that hummingbirds need to consume the human equivalent of more than 150,000 calories each day, their hearts beat up to 1200 times per minute, and their digestive systems metabolize food about 77 times faster than humans do.

How Often Do Hummingbirds Need to Eat?

So, this brings the question of how often do hummingbirds need to eat and how long can hummingbirds go without food if their metabolism is such an extreme in the animal kingdom. Generally speaking, hummingbirds prefer to be able to eat every ten to fifteen minutes each day, eating about half of their body weight in either bugs or nectar at a time. Some hummingbirds will go around twenty to thirty minutes without eating, but at this point, they begin searching for food.

The rate at which a hummingbird is able to digest its food depends, of course, on what it has eaten and the overall health of the hummingbird. On average, most hummingbirds will digest their usual food sources (bugs and nectar) in around twenty minutes. Naturally, bugs are going to take slightly longer to digest than nectar, so birds that feed primarily on insects will digest slightly more slowly than birds that feed primarily on nectar.

Why Do They Need to Eat So Frequently?

This makes hummingbirds truly unique, even among other birds that can generally last at least one day without access to a food source. As such, this may lead you to wonder why, exactly, hummingbirds need to feed so frequently. This has to do with the metabolism of the hummingbird that was mentioned earlier.

Hummingbirds are known to have digestive enzymes that can metabolize and make use of food within a matter of minutes, far faster than any other animal on the planet. For being able to digest their food so quickly, this means that their bodies will run out of resources just as fast. Essentially, you can think of it as the hummingbird running out of fuel every half hour and only having a few hours to find a refill before death.

What Types of Foods Do Hummingbirds Typically Eat?

Now that you have a good sense of a hummingbird’s metabolism, the next thing to consider is the source of the hummingbird’s food. Most hummingbirds prefer to feast on nectar from flowers. However, many hummingbirds will settle for bugs and sugar water from bird feeders.

Out of the millions of different insects in the world, only a few of them are typically eaten by hummingbirds. After all, with as small as hummingbirds are, there aren’t many insects that they can eat, especially considering the fact that hummingbirds are not built to hunt other animals. Most hummingbirds will consume aphids, fruit flies, gnats, ants, mites, mosquitos, weevils, and some beetles.

And finally, hummingbirds will readily drink sugar water from hummingbird feeders as a substitute for nectar. Sugar water may not always have the same beneficial compounds that flower-based nectar does, but for animals who need to feed as often as hummingbirds do, sugar water can be a wonderful addition to their diet. The ideal sugar water mixture should be one part sugar (ideally refined white sugar) mixed with four parts water.

How Can You Make Your Backyard More Hospitable to Hummingbirds?

Hummingbirds feed from nectar-producing flowers. More often than not, hummingbirds will prefer flowers that have a long and narrow shape to them, as this reduces competition for the nectar within the flower. These flowers should be brightly colored, as this helps bring hummingbirds to the yard.

Hummingbirds are an incredibly unique bird in many, many different ways. They are one of the smallest birds in the world, but they also have one of the most voracious appetites in the animal kingdom.

With the world’s fastest metabolism of any known creature, hummingbirds must constantly be feeding when they are awake, forever remaining a matter of hours away from starvation at any given point in the day. 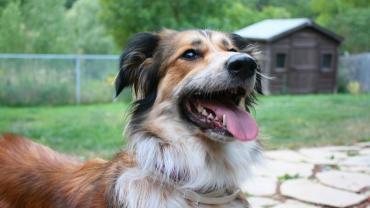