Lobsters are sure to have amazed you by their uniqueness, whether you have experienced them as a delectable dinner dish, in aquariums, or at the beach during a trip. Lobsters are intriguing creatures that use chemicals to communicate their relationship orientation, social hierarchy, and whether they associate with or avoid phenotypic traits.

They are essential examples for the study of chemical communication because of this, as well as their commercial benefit. If you’ve ever wondered, how do lobsters communicate with each other? Well, there are a few very interesting things to know about that.

Lobsters communicate in an interesting manner. They spew pee at each other instead of making noises or motions. They have two bladders, one on each side of their heads.

They have little urine release valves under their eyes that they adopt to shoot the material at each other. The chemical communication in the squirted urine can indicate a variety of things, including aggression and simultaneous attraction.

A New Mode of Communication

Animals secrete chemical mixtures all the time to relay crucial information to their peers. Many people consider ant colonies and beehives to be superorganisms because they communicate chemically in such a complicated way.

However, as you might expect, delivering chemical communications through space becomes a little more difficult in the ocean. Fortunately, lobsters have devised an ingenious solution to this difficulty.

Pheromones are produced by rosette glands, which start the process. They have two urine release outlets positioned just beneath their eyes, which they use to connect with other lobsters by spraying pee at them. Other lobsters’ nasal pathways absorb the urine chemicals, which converts into information about the other lobster’s status in the social structure.

Only the most dominant males in the community will mate, therefore, lobsters have a tight social order. Fighting establishes the system, and after it is formed, conflict becomes less frequent and less destructive. In essence, lobsters urinate on one other to indicate their social position, with the less dominating one usually backing away.

Female lobsters will also examine male lobsters’ urine and utilize the data to make mating selections. They will choose their mate solely on whether they like the odor of its pee, at the risk of sounding harsh.

Problems That May Occur

In general, this urine-based transmission technique works well and maintains strict order in the group. But, as you might expect, things may get a little out of hand when a particular lobster cannot take a tinkle.

The urine release nozzles of a lobster occasionally fail, causing that individual ’s capability to transmit vital information to be disrupted. On the other hand, a lobster’s olfactory route can occasionally malfunction, preventing them from obtaining information. This can seriously disrupt cooperation and order within the unit.

Lobsters appear to communicate mostly using urine. They have a weak sense of sight and hearing, and they do not remember things, contrary to popular perception.

Other Ways in Which Lobsters Communicate

These innovative species can also interact in many other ways than producing urine. There are a few unique processes that go beyond the usual ones. You may find these quite interesting while observing how do lobsters communicate.

Lobsters occasionally make a squeaky noise by rubbing their antennas together quickly. Scientists are still baffled as to why they do this and for what reason. They just know that the sound is audible from a considerable distance.

This could be done when the urine glands are not functioning properly. This type of communication could also be employed as a predator deterrent.

While pheromones can be used to ward off predators or attract a partner, they are also used to express dominance in both cases. The claws come in two sizes and have two functions. The small claw catches, while the giant crushes.

However, there are two separate types of lobster. One has claws, while the other, known as a spiny lobster, has merely a pair of long antennae and a considerably smaller body. By rising on their back foot and raising their claws, clawed lobsters indicate hostility and make themselves appear stronger.

They will lunge and snap their claws in the path of the predator if touched too closely or too soon, and can be seen lunging for the camera and keeping the huge claw in front of their chest open on video with divers. A predator’s communication needs are usually limited to this.

One fascinating aspect is that the lobster does not face many predators in many settings, such as shipwreck reefs. Instead, they compete with other lobsters for mates and sources of food.

Self-amputating and throwing a claw is another way they can interact and actually fool their predators in a circumstance where they couldn’t find any other alternative out.

This is not done every day because they will have to wait a few years for that claw to regrow, and they need it to catch and smash food. Doing so puts them at a loss for a period, so it is unlikely to be done frequently.

With serotonin, the lobster experiences a psychochemical event. This is the same hormone that we produce when we are happy or sad. This is how the lobster assesses other lobsters. They fight frequently, and it is a necessary aspect of their survival.

When a lobster fails a fight, it crunches itself into a ball and curls beneath to protect its vulnerable parts. It is a natural reflex that transmits a protective stance to other lobsters. At least at that moment and in that fight, this is the losing lobster.

It is crucial to note, though, that any creature that comes across this lobster will be able to tell by its stance that it is vulnerable to attack. The lobster will keep doing this until they end up winning a fight. There is a huge competition out there in the ocean since lobsters never stop growing. Once a failure, though, is not always one; it is simply a question of time and a little more growth. 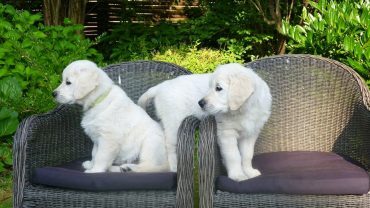