When most people think about fish that they would keep in an aquarium, they often think about brightly colored fish, rare species of fish, or fish that have a unique appearance to them. After all, since you cannot really pet fish, most people keep their fishy friends mostly for the appearance of the aquarium, rather than the personality of the fish inside.

Flounder is an interesting type of fish, coming in many different species. These fish are almost completely flat, almost entirely carnivorous, and live in various places all around the world. They are very uncommon to have as pets, making them a unique addition to any aquarium if you are able to house the space for one.

However, flounder is best known for its taste in a variety of different seafood dishes. No matter if you want to own a pet that most other people wouldn’t think twice about, or you want to house some flounder until they reach the perfect age to cook, it is always a good idea to get to know these interesting fish better.

Where Does Flounder Come From?

Despite the many different variations of the flounder fish, they all share the same type of body. Flounder are all large, long, and flat fish that are commonly found on the floor of the ocean. The flatness of their bodies helps them burrow into the ground partially, allowing them to hide and attack unsuspecting prey.

Most flounder come in a dull grey or sand color to help match with the surrounding sand and rocks on the bottom of the sea, although there are a few that have bright colors on them, such as the aptly named Peacock flounder. One of the trademark characteristics of flounder is that their eyes are always located on their top halves. Some types of flounder will have one eye on either side of its center, while other flounder will have both eyes on one side of its body. These flounder are usually named after the placement of their eyes, as seen in the Lefteye and Righteye flounder families. One of the reasons why most people don’t keep flounder as pets is because they take up a considerable amount of space. While there are certainly some families of flounder that are smaller, most of them are around one foot, or even two, in size. There are many more that can reach up to eight feet in length though, making them some of the largest fish around.

Can You Keep Flounder as a Pet?

Keeping flounder as a pet is not something that is commonly done for a fair few reasons. For one, the size of the flounder means that you are going to have to invest in a very large aquarium, which is both heavy and costly. Additionally, flounder are considered to be semi-aggressive, which means that they can and will eat just about anything that they would consider prey, which is most small fish that are typically kept in an aquarium. This can make it somewhat difficult to keep flounder as a pet, but for many fish enthusiasts, this is not enough to stop them.

If housed properly, and if you choose the proper species of flounder to home, these fish can make rather interesting pets to watch. When properly cared for, most flounder species have a life expectancy of about seven years, depending on the gender. For example, with Southern flounder, females usually live for about seven years while there are virtually no males that are older than three.

To house a flounder, you are going to need to start out with a minimum aquarium size of 125 gallons of water in capacity. You can opt for a long and shallow aquarium if that is easier, as flounder are entirely bottom dwellers and taller aquariums will contribute nothing to the flounder.

After all, flounder spend most of their time burrowing in the substrate on the aquarium ground. Speaking of which, you are going to need to look for sand or fine gravel for the flounder to burrow under, and there should only be the occasional rock or hard coral decorating the floor of the aquarium. This means that you cannot decorate the aquarium as much as you might like, which is another reason why you don’t often see flounder as a pet. For the water conditions, you should aim for the pH level to be between 8.1 and 8.4 with a hardness between 8 and 12 dKH.

To feed a flounder, you are going to want to find some small fish that your flounder can enjoy hunting. Flounder are entirely carnivorous creatures, so you can home a few plants in the aquarium if you want to bring some life into it. You should rotate out foods for your flounder, including worms, shrimp, and a variety of small fish. Some flounder also enjoy eating small crustaceans, which aren’t too difficult to acquire. You can feed both fresh and frozen variants of these foods to your flounder, but as with many fish, things should be kept on a rotation so that your fish doesn’t get bored of your food.

What Else Can You Do with Flounder?

Flounder are used in a variety of cooking recipes. More often than not, the multiple versions of flounder are interchangeable when it comes to the fish meat, except for the Dover Sole. This flounder is found in European waters and has a different texture of meat than all other North American flounder. Do keep in mind that, to people who specialize in very high-end cooking, sometimes the species of flounder makes a difference in the taste, texture, and overall feel of the meat.

If you are interested in flounder as an ingredient to cook with, they are a versatile fish. People will purchase whole fish as well as skinned filets (although the skin is edible). You can sauté, steam, bake, broil, fry or roast a whole flounder to your tastes, or you can cook a filet to your tastes and enjoy that instead. 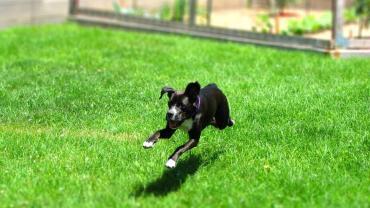