There is much debate in the dog training world surrounding the use of e-collars in dog training.

E-collar supporters claim that modern e-collars are nothing but a long-distance communication device like a push notification. On the other hand, e-collar critics call it an inhumane aversive device that shocks your dog into submission. Confused? Here’s the full story.

What Is An E-Collar?

An e-collar, also known as an electrical stimulation collar, is a device that transmits an electrical signal between specific contact points that allow the current to flow through your dog. This current stimulates particular nerves and pain receptors, creating a sensation that can range from barely noticeable to outright excruciating.

Vibration does not use electric signals and simply vibrates like a regular cellphone. Manual stimulation triggers one electrical pulse for every tap, while constant stimulation transmits uninterrupted stimulation until the user releases the button.

Although e-collars and shock collars are essentially the same, the difference lies in each device’s intensity and usage. Both transmit electrical signals through the dog, just at different levels.

One key difference is that shock collars cause the dog considerable pain or discomfort by design. On the other hand, e-collars have the option of lower-level stimulations that are more akin to static electricity than an actual electric shock.

Despite this, you must remain cautious as many e-collars still have stimulation settings as intense as the electric shocks delivered by shock collars. Although most e-collar advocates will advise you to use the lowest intensity level that your dog responds to, it is challenging to decipher when your dog actually begins to feel the stimulation. Thus, e-collar owners must exercise extreme caution concerning the level of stimulation that they use.

Some dog trainers claim that e-collars are not an aversive that the dog tries to avoid but a long-distance communication device, much like the push-notifications on your cellphone. They argue that, just as a push notification tells you to look at your phone, the e-collar stimulation lets your dog know that it’s time to pay attention to you.

However, there is a massive flaw in this logic.

If trainers really only wanted a communication device, then the electrical stimulation itself would be unnecessary. A notification collar could be anything from a vibration to a beeping sound. This is clearly another marketing tactic used by e-collar companies and dog trainers to convince people that e-collars are a viable and ethical training device.

It might seem like this should have a straightforward answer. Just put it on and see what happens, right? This is the argument that many e-collar advocates put forward. They put it on themselves or even on a child and claim that the dog will be fine because they can barely feel anything. However, this logic doesn’t quite add up.

After all, if the dogs didn’t feel anything, then the collars wouldn’t work. Thus, any sensation (or lack thereof) that you might feel is not a good measure for what your dog will feel.

What does the science of it all say? Well, e-collars work very similarly to TENS, or Transcutaneous Electrical Nerve Stimulation. Like e-collars, TENS uses electrical signals to stimulate specific nerves. In the simplest of terms, this process jumpstarts the body’s production of endorphins, the body’s pain-killing hormones. However, the pain relief comes not during the process but is an after-effect of the stimulation.

As an athlete, I have had to undergo TENS to help treat one of my injuries. While it can feel like a slight tingling sensation, it can also feel like someone’s inserting little burning needles into your skin. Luckily, when the stimulation became too intense, I was able to relay that and ask that it be turned down. Unfortunately, your dog will not have the same luxury.

Using TENS on humans is safe, effective, and ethical because humans can communicate when the sensation is too low, too high, or just right. As TENS has a place in various medical procedures, the science behind appropriate usage has been studied and mastered by trained professionals. If we place this technology in the hands of any dog owner who wants it, the danger of abuse becomes very real.

Even the most well-meaning dog owners can (and often do) unwittingly misuse e-collars and ultimately hurt their dogs. Working with certified trainers and other professionals can certainly lessen this risk. Still, it does not change the fact that you’ll base your entire dog training program on annoying them into submission.

Risks of Training With an E-Collar

E-collar dog training carries a whole slew of risks, many of which arise from the nuanced nature of dog training. One mistake could cause your dog to completely despise the e-collar, training, or you, their owner. Because e-collar dog training is a multi-faceted and very detail-driven process, it is challenging to do right.

In addition to the chance of needlessly hurting your dog, e-collar dog training also runs the risk of completely traumatizing your dog. Dogs whose owners or trainers have misused e-collars end up stressed and anxious whenever they are in training or around their owners.

The dog begins to associate e-collar stimulation discomfort, particularly when it’s too intense, with training and even with their owners.

The Ethics of E-Collars

I’ll admit – annoying your dog isn’t quite an ethics violation. Still, the morality of e-collars for dog training stands on very shaky ground. I don’t think we have to argue whether the incorrect use of e-collars is ethical, because shocking your dog to the point of pain is not acceptable. When used correctly, though, there may be some merit to it.

The most common argument for e-collars is that e-collar training can ensure that your dog is obedient when it is most important. E-collar advocates will cite examples when your dog’s obedience is vital to their safety, like when your dog is chasing a squirrel onto a highway. The only issue with this is that it’s not accurate.

Some countries, including England, Scotland, Wales, and some Scandinavian nations, have banned e-collars. Other places, such as the United States, Russia, and China, have not yet followed suit. It is difficult for people to determine whether e-collars should be banned because the ethics of training with an e-collar rely solely on the trainer’s knowledge and training methods.

If used correctly, the e-collar can be a good training device. When used poorly, though, the risks are so much more substantial than the benefits. Though a well-used e-collar may not cause any considerable physical harm to your dog, they are a catalyst for repeated discomfort, whether in the form of a mild annoyance like a fly buzzing in your ear or physical pain like that of static electricity.

Before you dismiss the argument and say that a small annoyance is nothing to worry about, consider this. What if you had to feel static electricity multiple times in a row every time you saw your best friend? You wouldn’t want to see them very much, would you? While it is not outright unethical, it certainly isn’t a great way to cultivate a positive, loving relationship with your dog.

Should I Train My Dog With an E-Collar?

I hope by now you got the point. In case you didn’t, though, here’s a recap. E-collars work, but not as well as positive reinforcement. They will annoy your dog into compliance, assuming you are willing to risk turning your once happy and free canine friend into a bundle of fear.

Do they work? Technically, yes. Are they worth it? That one is up to you to decide. 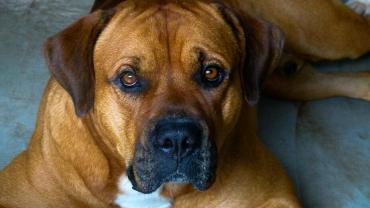