As a dog owner, you might have seen your dog eat something that you know is not good for it. The animal also realizes this a minute later and then vomits it right out. However, while instances of dog vomit are generally quite rare and they are fine when they occur randomly, you have to understand that they can also be serious in some cases.

If, for instance, your dog starts vomiting bile, you have a serious problem on your hands. Bile is a yellowish substance that is formed within the liver. It is quite unpleasant to clean up, and if your dog is throwing up bile on a consistent basis, you may want to take appropriate steps to clean it up.

But first, let’s talk about the main reasons why dogs throw up bile.

Why Do Dogs Throw up Bile?

Dog throwing up yellow foam once or twice is fine. However, if it happens on a consistent basis, you need to pay attention to the problem. There are several reasons why this happens, and here are some of the most common ones.

Bile is a fluid produced by the liver and it’s stored within the animal’s gallbladder. When the food is ingested by the animal, bile is released into the small intestine. Bile is used to break down the food and then speeds up the digestion process, thus allowing the dog to utilize the nutrients from the food.

Bilious vomiting syndrome happens when the bile starts leaking into the stomach from the small intestine. As you can imagine, this is a serious problem. It usually occurs when the dog hasn’t had food for quite a while or if they have eaten a lot of fatty foods in one go. If the dog chugs lots of water at once, it may suffer from this problem.

If a dog is throwing up bile, you need to understand that it’s probably due to a series of different conditions. These conditions have an impact on the animal’s digestive tract. For instance, an ulcer, a parasite infection, or simply an inflammation could be a cause. Similarly, a growth or a tumor can also lead to such problems.

The underlying condition needs to be identified first. Without that, it’s going to be virtually impossible for you to figure out what’s wrong. As you can imagine, you can’t make such a diagnosis yourself. You need to sit down with a veterinarian, who will recommend a few tests that your dog needs to undergo. These tests are going to help the vet figure out what’s wrong with the dog.

Once they find out the cause of the problem, they can then give appropriate medication to the animal in order to relieve the vomiting. The acidity in the bile can cause damage to the esophagus; eventually, this could lead to the development of ulcers as well. It’s a serious problem that needs to be treated as quickly as possible.

Another common problem is pancreatitis. This is an endocrine disorder that’s caused when your dog eats something fatty or oily. This leads to inflammation in the pancreas and ultimately causes the dog to vomit out bile. This is also accompanied with diarrhea and other problems, such as abdominal pain.

If your dog is suffering from pancreatitis, you will notice a drastic change in the animal’s behavior. It will become more lethargic and anxious, as the stomach pain is often quite severe and makes it difficult for the dog to relax. The dog might even start biting. Pancreatitis usually manifests after three to five days of the dog eating these fatty foods.

However, in some cases, it can occur within a day of consumption. If you notice your dog throwing up yellow foam soon after, you will have a pretty clear idea that it’s caused due to the pancreatitis. In order to treat this problem, the doctors will recommend electrolytes and will provide treatment for dehydration. The doctors may recommend not giving food to the animal as the pancreas needs to rest for a bit.

Blockage in the Intestines

Ultimately, the dog will become extremely lethargic as all of the energy leaves its body. It’s also going to lead to severe abdominal pain for the animal, which makes it difficult for it to move around or enjoy life properly. There are many things that can get stuck in the intestines, such as bones, hairballs, or even toys.

The primary method used for removing such obstacles is surgery. However, there have been a few situations in which endoscopic procedures have proven to be successful as well. It’s an efficient way of quickly resolving the problem.

Allergies could also cause the dog to throw up bile. This happens because your dog’s body generates a response which instantly causes it to throw up. Because the intensity of the vomit is so high, it often releases bile as well. Most pets develop food allergies to things that they have eaten in the past as well.

This usually occurs between one and five years of age. However, a change in environment could also be a reason for the allergies. If your dog appears to be allergic, it is going to be first given an allergen test to determine the cause of the allergy. Then the doctor is going to put it on a strict diet for at least 12 weeks to help them recover. These are just a few things that you should know about treating your dog for throwing up. 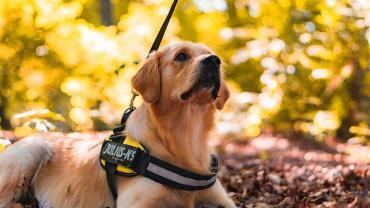