In fact, there are quite a few more types of birds out there that compete with owls to hunt prey at night when it is dark and there are no other competitors out there. With that being said, you may be interested in learning about animals that hunt at night and birds that will try to compete with owls.

Hawks and When They Hunt

A lot of people out there are under the belief that hawks are a direct competitor with owls for hunting, as they both eat the same types of food and are typically the avian apex predators of their territory. There is one distinct difference though. Hawks are diurnal creatures, while owls are nocturnal.

The latest that you will find a healthy hawk hunting for food would be at dusk, when the sun is just beginning to set. The definitive answer to do hawks hunt at night is no, as hawks are completely unable to see in darkness. They are most active during the day, and as such, have evolved to have spectacular vision in daylight hours.

Some hawks may be found hunting at dusk, as this is when certain types of prey animals become most active, such as mice and rodents. This is usually when there is still sunlight left though. Depending on the owls in the area, the hawk may have to compete with the owl for the food, but more often than not, hawks and owls rule in separate parts of the day.

While most common hawks do not hunt during the night, there is a species of bird known as the nighthawk. This bird, belonging to the scientific subfamily of Chordeilinae, is most commonly found in South America with a couple species that are found in North America. This would be the closest bird to a nocturnal hawk, although they are not directly related to hawks themselves.

The nighthawk should not be confused as being in the hawk family despite its name. They do not share the same type of feeding behaviors as hawks do and have a considerably different shape that is designed to feed on bugs in the air rather than animals on the ground. Nighthawks are also commonly called nightjars, particularly in Europe.

What About Night Herons?

Unlike nighthawks that are similarly named to hawks despite being quite different, night herons are quite similar to their diurnal cousins. They are part of the heron family and look the part with thick necks, heavy bills, and general size. They are similar to hawks in the fact that they eat meat, although the source of their meat is quite different.

Unlike hawks that feast on small mammals that they can find, night herons prefer to eat fish, crustaceans, aquatic insects, and both amphibians and reptiles that can be found in their marsh and wetland habitats. These are the most easily accessible sources of meat for most night herons to access, as they are most commonly found near bodies of water in swamps, marshes, and wetlands.

They are not quite the same type of bird of prey as hawks are though. Birds of prey, such as the hawk, are classified by their hunting features, especially their hooked bills and sharp talons and the fact that they hunt vertebrate animals that are somewhat large compared to the size of the hawk. Night herons, by comparison, hunt fish and other aquatic and semi-aquatic animals that are much smaller than them and lack the same distinguishing traits that birds of prey have.

Are There Any Nocturnal Birds of Prey?

While the large, feathered body of the owl contrasts the sleek and refined body of a hawk, owls still possess the same talons, hooked bill, and prey drive for relatively large vertebrates that qualify it to be a bird of prey. When it comes to the owls out there, there are over 200 species of owl that are spread all across the world.

Is it Possible for a Hawk to Hunt at Night?

Now that you have a good sense of when hawks typically hunt and what separates them from the nocturnal carnivorous birds and other birds of prey that hunt at night, you may be curious to know whether or not it is even possible for a hawk to hunt at night.

Keep in mind that a hawk hunting at night is fairly unusual. With that being said, there is a slight possibility that a hawk would find itself hunting at night. Hawks are considerably light sleepers, as they need to stay on the lookout for birds that would try and compete with it for its food. If a passing bird wakes it up at night, it may decide that it is time to hunt that bird, or the hawk may decide to hunt for a meal at night after being woken up.

Even if a hawk is awake at night, it is not going to have the same fearsome ability to hunt the way it does in the day. A hawk’s eyes are not designed for the low light of the night, meaning that it will not be able to see what it is hunting. Given the fact that hawks go after prey animals that are designed to blend into its surroundings, this can leave a hawk unsuccessful in a nighttime hunt, even if it is an apex predator in the daylight hours.

What Would Lead a Person to Assume a Hawk Is Hunting at Night?

One common misconception people have is that hawks do hunt at night. This is because people see them performing circling and diving maneuvers even when the sun has dipped below the horizon. While it would make sense to draw this conclusion, there is one thing that you need to remember.

Hawks fly high above where most people can see. At this height, they may still be able to see the last bit of light that the day has to offer, meaning that in the hawk’s perspective, they are not yet hunting at night. This will most commonly happen shortly after the sun has set and there is still a faint amount of light bleeding into the sky.

Hawks are considered the apex predators of their food group, dominating the area with their ability to quickly dive toward an animal, kill it with its talons, and fly away with its trophy. However, hawks are exclusively diurnal animals, meaning that they rise with the sun and sleep when it sets.

You may see a hawk hunting in the evening, but this is often because they fly high enough to still be able to see sunlight, so night hasn’t quite set in for them yet. Common birds that do hunt other animals at night include the closely related birds of prey, the owls, as well as nighthawks, which are only related by name alone, and night herons. 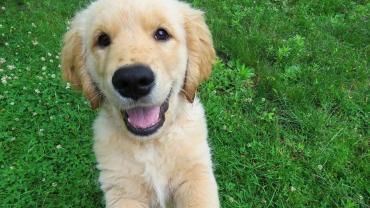