It is a well-known fact that dogs have a tendency to want to share with their people, especially if you are eating something that smells particularly delicious. However, dogs have a different digestive system than people do, meaning that they generally cannot eat all of the same foods that humans can. As such, you may find yourself wondering what foods are safe for you to share with your dog.

One of the more difficult areas of food to determine the safety of can be leafy greens. Some leafy greens are safe for your dog to eat, although it may not be interested in them, while others can cause a lot of harm to your dog’s health.

For example, what about Brussel sprouts, which are somewhat similar to asparagus and cabbage? Asparagus is dangerous for dogs while cabbage is generally fine for dogs, so where do Brussel sprouts sit?

A Safe Vegetable for Dogs

Dogs, unlike cats, are omnivores. This means that to a certain extent, they need to derive at least some of their nutritional content from plant matter, and this is not exclusive to domesticated dogs. Wolves have been seen consuming plants to sustain their nutritional needs, even if a large portion of their diet consists of meat.

Typically, dog food covers this aspect of a dog’s diet. There are a number of ingredients that are used in most dog foods including carrots and potatoes that not only help to keep the price affordable, but sustain your dog. This also means that, unlike cats, your dog can safely snack on vegetables assuming that they are not one of the vegetables that are dangerous for dogs.

You might be surprised to realize just how many vegetables there are that are considered safe for dogs. Of course, you may have to take special care not to prepare them with dangerous ingredients, such as too much salt or any amount of garlic or onion, but as long as you do this, your dog can enjoy some home-cooked vegetables the next time you sit at the dinner table.

Brussel sprouts are considered to be part of the cabbage family of plants, which are in somewhat of a grey area for animals to eat. This is because cabbage (as well as other plants in the family, including Brussel sprouts) contains a specific kind of sugar that is hard for most digestive systems to process, even for some animals that are exclusively herbivores.

For dogs, it is completely safe to feed your dog Brussel sprouts, to an extent. If you are wondering can dogs eat Brussel sprouts, the answer is that with moderation, your dog can enjoy them as much as it wants to. They pose little harm to your dog’s health in the sense of being actively toxic or dangerous.

The Problem with Brussel Sprouts

Brussel sprouts, along with most other vegetables in the cabbage family, are notorious for causing gas in most animals. How much distress this gas can cause varies between animals. For example, this kind of distress is known as colic in horses and it can be potentially fatal. For people and dogs, it simply means a couple hours of annoyance.

The gas is caused by that complex sugar that is found in cabbage and Brussel sprouts and other similar plants. Most digestive systems cannot break it down properly, so it leads to excessive gas in the intestines. If you have ever eaten cabbage and had flatulence, you know why. This problem is not exclusive to humans, and your dog will have a fair amount of gas if you choose to feed it Brussel sprouts.

On top of this, Brussel sprouts specifically have isothiocyanate, which is a chemical group that is known for stimulating the digestive tract to push food along. As you can imagine, if you feed your dog enough Brussel sprouts, the build-up of this substance does have a chance to lead to diarrhea. The diarrhea in itself is typically not too severe (assuming you didn’t grossly overfeed the dog), but it is something to be mindful of, especially if your dog is otherwise unhealthy.

Can Brussel Sprouts Be Good for Dogs?

Dogs are capable of processing plant matter for its nutritional content, so they are able to get a fair amount of the vitamins and minerals that Brussel sprouts have. Just like with people, Brussel sprouts are rich in nutrients, making them a healthy snack, and the same applies for your dog as long as you can tolerate the gas (and your dog isn’t too disturbed by it).

Brussel sprouts contain a number of vitamins, but they are the most high in vitamins A, B, C, K, and E. Vitamin A is attributed to vision, heart, lungs, and other organs. The B vitamins (in Brussel sprouts) are attributed to healthy heart and circulation. Vitamins C and K work with the immune and skeletal systems, and Vitamin E works as an antioxidant.

Brussel sprouts also have a high amount of fiber, manganese, and potassium. All of these are important for maintaining optimal health in all areas of the body, making it a good snack for your dog to chow down on. As long as your dog doesn’t appear to be in distress from the build-up of gas and doesn’t seem to be overly subjective to diarrhea after eating them, you can serve your dog some safely prepared Brussel sprouts any day of the week.

Keep in mind that dogs, like most other animals, cannot process onions and garlic the same way that people do. Onions and garlic are toxic to dogs. Even if you simply want to make a flavorful dish of sprouts for your dog, you should ideally make them plain if you are going to cook them at all for the dog.

Depending on the size of your dog, you should only serve one to three sprouts for it at a time (with smaller dogs eating fewer). The stem of the sprouts should be removed and the sprouts should be split in half, especially for smaller dogs. You don’t have to cook them, but some dogs may struggle to eat them raw. If you want to add flavor at all, you can use a very small amount of olive oil. Otherwise, do not make any additions to the sprouts.

Serve them at a temperature safe for dogs, which will be cooler than you may expect, and settle in to deal with the dog’s gas. 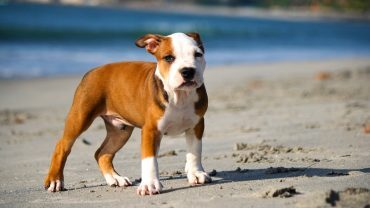