When it comes to searching for large dogs though, you might not know what you want to look for, or what the most important aspects are. Most large dogs are bred as companion dogs, although there are some that are working dogs. If you are looking for a working dog that can put most other working dogs to shame with its size alone, you might want to consider adopting a boerboel.

While they are good with kids, their large size can make them more of a danger to younger children, meaning that they should really only be around older children. It is also not recommended to introduce new dogs to the boerboel, or even other boerboels of the same sex. These dogs are not the best for novice dog owners, unfortunately.

What Is the History of the Boerboel?

The history of this dog dates back to the 1600s, when the Dutch were settling in South Africa. The name “boerboel” comes from both the Afrikaans and Dutch words for farmer (boer) and for dog (boel), and this name tells you exactly what this dog was originally bred for. These massive dogs, a relative to mastiffs, were bred to defend the farms of the settlers as well as hunt down any predatory threats that were lurking. Often, these dogs would be hunting hyenas, leopards, and other big cats.

To put up a fight against these animals, the boerboel was bred to be strong, but intelligent. It is estimated that around the 1800s, when the South Africans were making an effort to move away from the British rule, they brought the boerboel inland with them, increasing the spread of these dogs.

However, they remained a relatively obscure breed for hundreds of years after that. This meant that the originally purebred boerboels were being bred with other dogs without much mind to keeping the bloodline pure. In the 1980s, a group of enthusiasts began to take an interest in breeding pure boerboels again, and interest across the world began to rise again. While they are exported worldwide, these dogs are still not very common outside of South Africa.

While it is not known exactly what breeds made up the boerboel, most people believe that they are related more closely to the mastiff than any other breed. Because of this, these dogs heavily resemble mastiffs in both size and appearance.

Appearance-wise, these dogs are stock and broad with thick muscles standing out underneath their relatively short fur. Their fur is often a lighter brown with dark markings around the snout and ears. These dogs have blockier heads with noticeably strong and large jaws. They have triangular ears that droop downward, along with their jowls. Their eyes can be slightly droopy, although they still have a characteristic shine to them. Their legs are extremely powerful and toned and their necks are very thick in comparison to the rest of the dog’s body. Finally, these dogs have short and stubby tails.

As for the actual size of the dog, these dogs can easily outweigh a person. They stand between 22 and 27 inches in height and can weigh anywhere from 150 to 200 pounds. As with most other dogs, the female dogs tend to be lighter and thinner than their male counterparts. Regardless, even a small, female boerboel is large and can be threatening enough to anyone who is not prepared to encounter one. Their strength and their size are what makes them excellent guard dogs, both for family and farm life.

How Does the Boerboel Behave?

These dogs were bred to be smart and dedicated to their work. They are very eager to please, and because of this, they are almost always happier when they have a “task” to complete, such as watching a farm, defending the farm, or protecting a family. In some cases, they even enjoy being in show business, where it takes considerable concentration to show themselves off in a proper manner.

These dogs are also naturally very protective, even bordering on overprotectiveness on many occasions, especially with children. For instance, if your child has friends over for a playdate, there’s a chance that a boerboel will see these new kids as a threat to your child, and begin trying to ward the perceived threat off. As most people can imagine, an angry, 200-pound dog is terrifying to children (and most adults). These dogs tend to be distant and aloof toward people who have not earned the dog’s trust yet, which can be difficult if you have people over to your house on a regular basis.

Training these dogs requires experience and expertise in dog training. These dogs, while still eager to please, tend to think of themselves as the dominant protector of the family. A dog who sees itself as dominant is not keen to take orders from someone below the dog. This means that you are going to have to assert yourself as the dominant one in the house, set boundaries, and be firm with the dog all while being positive and not being overly harsh on the dog.

This delicate balance of assertiveness and being gentle is not something that most first time dog owners can handle, making it not a good choice for novice dog owners. While it might be a lot of work to train and socialize your boerboel, it will be well worth it in the end, as these dogs enjoy spending time with their families.

How Do You Care for the Boerboel?

Meeting the exercise requirements of a boerboel isn’t too difficult. They do require a fair amount of time outside, mental stimulation, and space to run around in. Due to their size, most apartments are not going to be suitable for these dogs. Instead, you should have a relatively large, heavily fenced-in yard as a place where your dog can run around and get its energy out.

If you do not have this, you should make an effort to take your dog on hikes rather than a dog park. Dog parks are not the best option because the boerboel is territorial and protective, and in an environment where there are many stranger dogs, your dog can become anxious or even aggressive.

To properly stimulate your dog, long periods of time outdoors is necessary. Most people recommend that you should spend at least an hour outside with your dog every day. To stimulate your dog mentally, there are two routes that you can take. You can choose to find puzzles and interactive toys for your dog to play with, although finding one that can withstand this dog’s powerful jaws will be tough. You can also choose to put your dog to work, if you have that option. Training, guarding, and herding animals are all options to consider for putting your dog to work to keep its mind busy.

These dogs have short coats, which means that you won’t have to worry about grooming your dog that much. In general, you should aim to brush and comb the dead fur from your dog on a weekly basis, and you should bathe the grime off the fur on a monthly basis. These dogs do shed, but not more than most other dogs. It is simply something to be aware of when it becomes shedding season.

How Is the Health of the Boerboel?

For a massive and purebred dog, the boerboel is a relatively healthy dog. It is important to know that purebreds do have an increased chance of developing hereditary conditions, due to the nature of purebred dogs.Additionally, it is a known fact that large and giant dogs (such as the boerboel) have a notably shorter lifespan and are predisposed to more conditions as well.

With those two factors counting, this dog’s health is about average. There are a number of hereditary diseases it can develop, including hip/elbow dysplasia, heart disease, eyelid conditions, bloating, and juvenile epilepsy. Unfortunately, their life expectancy is closer to 9 or 10 years, due to its size. 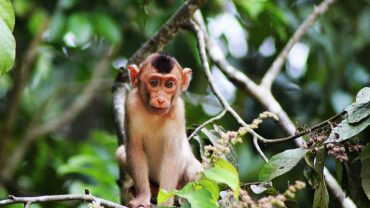