Many dog owners are not sure if they can take their pup into Lowes or not. Lowes is a very popular home improvement store that people like to visit to buy different items for their house. Pooch shopping has become a popular hobby, with many people preferring to take their dogs along when they go shopping to Walmart or Home Dept.

It might be a wise idea to read up on the policy that Lowes has established for dogs before you take your cute little pooch along with you. Getting turned down at the door is obviously a bit difficult.

However, you should know that Lowes only allows dogs if the management gives approval. Even then, the dogs must be leashed throughout the time you are in the store, and they need to behave properly. In case your dog creates a mess in the store, the pet owner will be responsible for making sure that they clean up after the animal. If the dog shows any signs of aggression, the pet owner and the dog will both have to leave the store.

Even during the pandemic, Lowes allows dogs in the store and hasn’t imposed any extra restrictions. If the store has a pet-friendly label on it, you can easily take your dog in. But, it’s important to note that the local management still holds the final say, and they may decide not to let your dog in.

So, are dogs allowed in Lowes? Yes, they are. But, if you are in Canada, the company does not allow dogs in their stores. While they are very respectful of dogs and understand just how big of a role the animals play in families, they have a strict policy for not letting dogs in. However, service dogs and guide dogs are allowed for customers who suffer from disabilities.

The History of Lowes

Lowes started as a small hardware store in the heart of North Carolina. It was founded by L.S. Lowe back in 1921, and began by selling simply building materials and a few groceries and dry goods. By the Second World War, the store was being managed by his son, along with his brother-in-law. The two continued to focus on home improvement products and grew the store dramatically.

The name Lowes still continues to exist, even though the partnership with the brother-in-law came to an end in 1952. Since that time, Lowes has grown on to become one of the most popular home improvement stores in North America. If you are going to shop at Lowes with your dog, here are a few important things that you should know about their dog policy.

The first thing that you should know about Lowes is that they primarily allow service dogs in their store. However, the company is generally lax about this policy, and it is not directly or strictly enforced by a majority of their stores. If you are a frequent visitor at Lowes, you might have seen people shopping around with their dogs.

In fact, there are a few Lowes stores that are so friendly toward dogs that several employees even carry treats in their pockets. They are more than willing to share it with your four-legged friend! However, it’s still important to note that the store manager is responsible for allowing dogs in or not. If they feel that the decorum of the store is getting disturbed, they may state that dogs are banned from the store.

Lowes is a massive warehouse store, so it generally offers a pet-friendly environment. If you take a walk around the store, you will see many dogs cruising around the store. However, it’s important that you keep your dog on a leash at all times. You need to make sure that your dog does not wander off on its own. Also, this goes without saying, but your dog needs to be very well-behaved.

There are a few stores that allow pet owners to even put their dogs in the shopping cart or carry the animal along with them. However, most pet owners prefer having their dogs walk by their side while they are shopping at a big store like Lowes. It’s a great way to provide a pet-friendly environment.

If your local Lowes does not enforce any policy for dogs, you should know that they aren’t going to bother you about the animal. Nobody is going to ask you if your dog is a service animal or if they are simply along with you for the ride. The reason for this was explained by some of the employees working at Lowes.

It was passed down from upper management that the store owners should not ask people about their dogs when greeting them. It is also quite troublesome to ask for the documentation related to service dogs, so the management decided not to go along with this. In certain situations, the management does not have any specific instructions regarding this policy. In such situations, they are more than willing to allow dogs into the store.

In fact, they don’t just prevent dogs from coming in, but also allow other animals such as monkeys, cats, and even parrots. As long as you don’t bring a harmful animal that’s difficult to control or poses a risk to others, you don’t have to worry about it. Just make sure that your dog isn’t misbehaving. Lowes has a pretty strict policy and will turn away dogs that are misbehaving or causing a ruckus.

A common problem that exists is that the policy is not enforced consistently around different stores. For instance, some stores that have a “service dog” sign don’t mind welcoming all kinds of pets. However, in some cases, when the management gets a bit strict, this policy is immediately enforced, and dogs that were allowed before are no longer let in.

Keep in mind that both Home Depot and Lowes have generally allowed dogs in, and it hasn’t been a problem for most of the time. But, it can be confusing, so it’s best to call ahead and ask the service managers. If you bring your dog in and the manager tells you not to, make sure that you leave the air conditioning on in your vehicle! 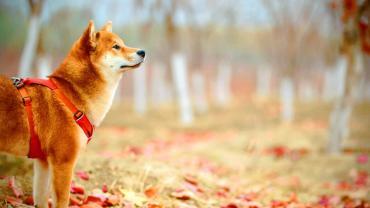