Huskies are easily one of the most beloved and in-demand big dogs out there. They have a certain kind of rugged yet elegant quality encapsulated in huskies’ wolfish yet kind appearance. Huskies stand out in pop culture, being a common fixture in films set in snowy conditions and earning a place as the mascot of several sports teams, including UConn’s famed women’s basketball squad.

There are several varieties of huskies, but perhaps none have an aura quite like the agouti husky. Let’s take a closer look at this glorious breed and what makes it so beloved.

As with so many other husky breeds, these huskies are an offshoot of Siberian huskies, which in turn are thought to be descendants of the now-extinct Taimyr wolf, splitting off from them over 27,000 years ago. They were first bred by the Chukchi people, an indigenous group in Russia, over 1,500 years ago. Huskies spread throughout the Northern Hemisphere and were accepted into the American Kennel Club in 1930.

The agouti are thus a further offshoot of these breeding efforts. Other huskies can have combinations of black, copper, or grey with white, or else just be pure white. Agouti huskies stand out by having an “agouti gene” that allows their coat to take on a sable appearance with two or more colors, making it appear more various and “wild.” Agouti coloration is much rarer than the other types.

That said, there is more to the desirability of agouti huskies than the unique multicolored nature of their coat. They also tend to feature much darker coloration than other huskies. What’s more, the whiteness of their fur in the face and other places tends to be less pure white and instead takes on a creamier appearance. This unique coloration and its rareness helps make them incredibly popular and valuable.

These huskies have a long history as sled dogs, first in the northernmost reaches of Europe and Asia and then in Alaska and Canada. They were used extensively during the Alaskan Gold Rush at the turn of the 20th century, and again in efforts to bring medicine to Nome during the 1925 diphtheria epidemic. The latter event has been covered in films such as Togo, Balto, and The Great Alaskan Race.

However, in 1930, the same year as their American Kennel Club acceptance, the exportation of Siberian huskies – including agoutis – from Siberia was halted. However, they remain one of the most celebrated dog breeds of these northernmost areas of North America, and take part in dog sled races such as the Iditarod. As such, husky breeding remains in vogue in these areas, agouti included.

That’s important because contacting known Siberian husky breeders is by far your best chance at getting an agouti husky in a legal fashion. Even so, this only guarantees you of getting a well-bred husky. Agouti coloration is all down to genetically-determined phenotypes, which are themselves a role of the dice, so it is hard to reliably “guarantee” that you can provide someone with an agouti husky.

While it may be hard for breeders to “promise” that they’ll be able to breed agoutis, they nevertheless have the best chance of being able to do so. Again, their unique coat is a result of genetics impacting their phenotype, and the genes which account for this coloration are rare. There’s thus a much better chance of “getting them” via selective breeding than by random chance.

This rubs up against another precept of agouti breeding. Besides being pets, Siberian huskies are typically bred as either sled dogs or show dogs. The former are far closer to their natural, “wild” nature than the latter, and the genetic stock used to breed them often have a greater preponderance of the genes needed for agouti fur than show dog varieties.

This, in turn, tracks with the idea that agouti huskies resemble the wilder, more wolfish side of huskies, which is yet one more reason why they are so sought after by breeders and fans of this breed. Owning a wolf is pretty impossible, incredibly dangerous, and likely illegal in several areas. The closest you can get is a Siberian husky, and agoutis arguably look the closest to their “wild” form.

The wilder nature of agouti color has led some to speculate that this kind of coloration is older than some of the other colors we see in huskies. Arguably supporting that notion is the fact agouti coloring isn’t limited to huskies, either, being present in other mammals in the wild. For example, it is present in certain horses. Agouti genes are recessive, hence their natural rarity.

Each hair on an agouti husky has different bands of color. In the wild, this can provide something of a camouflaging effect. Just as military camouflage is designed to group different shades of greens, browns, beiges, and other colors to create an appearance that blends in with its environment, the same is true of agouti coloring. This helps wolves camouflage themselves while hunting similarly-camouflaged prey, such as deer and rabbits.

While every specimen is different, in general, the bottom bands of color on agouti huskies’ fur tends to be darker, which helps protect their skin and reflect sunlight and UV rays, which can be intense when reflected by the snow.

One of the most striking features of Siberian huskies are their piercing pale blue eyes. However, this is yet another area where agouti variants tend to be different. While there are some agouti huskies that are like other, more common variants and have pale blue eyes, many have darker eyes instead. Once again, this arguably brings the agouti husky closer to its wild, wolfish roots.

That being said, this phenotype is determined by different genetics than their agouti type, so while it’s less likely, it’s entirely possible to have an agouti husky with pale blue eyes. Regardless of their eye color, they retain the same great night vision as other Siberian huskies and wolves.

Siberian huskies are one of the most popular large dog breeds in the world.

Their agouti variant is one of the most popular and valued variants among breeders and fans of the husky breed.

None of this should be surprising. The laws of supply and demand often favor rarer variations, and such is the case with agoutis. Their striking dark color and unique multifaceted coloration make them visually stunning, and the rarity of their appearance makes them all the more desirable by husky lovers around the world. 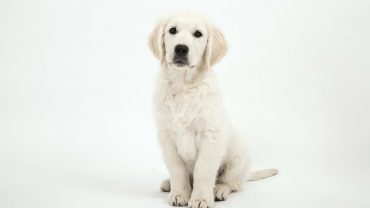