There are many different kinds of pets that people can invest themselves into. Some people appreciate their furry mammal friends, whether those are cats or dogs. Other people might appreciate the scaly creatures that most people don’t even think about, such as snakes and lizards.

Plenty of people appreciate birds that fly high into the sky, and likewise, there are people who appreciate animals that live in the water. From reptiles to fish to amphibians, there are plenty of aquatic friends that you can welcome into your home.The question becomes which animal you want to welcome home.

For instance, if you enjoy watching frogs and you want to bring some frogs into your home, then you might want to consider the African dwarf frog. What sets these frogs apart from all the rest is that this frog lives its entire life, from egg to adult, underwater unlike most frogs out there. These frogs can make a unique addition to any aquarium, as long as that aquarium meets certain requirements.

These tiny, amphibious frogs can be an interesting addition to most aquariums. Their colors can range anywhere from an olive shade to brownish green, and everything in between.

All of these frogs have distinctive black spots decorating their bodies. They never grow more than three inches, and weigh only a few ounces, making them considerably small frogs.

Males and females have very few distinctive differences. Typically, the females will be on the larger end of the scale and will have a more pronounced genital region known as the ovipositor, where they dispense eggs. Males, on the other hand, have a peculiar gland behind each of the front arms. While the mechanism for this gland is not entirely understood, many scientists believe that it has some purpose in mating.

All of these frogs have no ears, tongues, or teeth, which is fairly common in frogs in the Pipidae family, like the African dwarf frog is. Rather than using a tongue to grab food, these frogs use their webbed feet to literally shove food into their mouths.

What Kind of Behaviors Do African Dwarf Frogs Have?

Thankfully, these frogs tend to be considerably active, making them an entertaining addition to any aquarium, although you should keep in mind that these frogs will be doing most of their moving around during the nocturnal hours. The unique feature of these frogs is the fact that they live out their entire adult lives underwater, only coming to the surface for air every now and then.

Curiously enough, they have a set of fully developed lungs, even though they are completely aquatic. Sometimes these frogs enjoy floating on the surface of the water with their legs spread out, which can be very worrying to new frog owners.

However, this is a common behavior that is indicative of relaxation. These frogs are generally docile creatures, only attacking small fish that pass nearby, as the frogs might view them as food. If you are lucky, then there’s also a chance that you will be able to hear your frogs, as they can sometimes be quite vocal creatures. These frogs enjoy exploring their environment, meaning that the more complex that you make the aquarium, then the more activity you might see from your frogs.

What Kind of Aquarium Do African Dwarf Frogs Need?

When it comes to making sure that these frogs have the environment that they need, there are many different aspects that you are going to need to look at.

Arguably the most important of which is going to be how tall the aquarium is. Because these frogs still rely on air to breathe, they will need to make their way to the surface often.

Despite the fact that they are fully aquatic creatures, they are surprisingly poor swimmers. This means that you are going to need to purchase a relatively short aquarium if you want to house these frogs. Typically, you should make sure that the aquarium is no more than 20 inches deep, or else the frogs might not be able to reach the air they need.

What Kind of Food Do African Dwarf Frogs Need?

Last, but most certainly not least, you are going to want to make sure that your frog is well-fed. To do this, you should understand the diet of these frogs and what you can feed them. These frogs are omnivores, by technical definition, however, they do best with mostly meaty foods.

In fact, their diets in the wild often consist of just small fish and some insect larvae. To mimic this type of diet in your aquarium, you are going to want to give your frog high-protein foods. You could choose to feed your frogs brine shrimp, earthworms, bloodworms, or even fish fry. If you really want to give your frog a treat, you might even want to consider the idea of feeding your frog some beef heart, salmon, or tuna.

However, you should only feed these treats to your frog no more than once a week, since overfeeding is an issue that can impact the life of your frog. When you are planning out when to feed your frogs, you don’t have to stress about feeding them every day, as they often don’t need to eat every single day. Most frogs are fine with being fed three to four times a week, assuming that the food is high quality.

What Kind of Health Problems Do African Dwarf Frogs Encounter?

Unfortunately, these frogs are quite susceptible to a number of different health problems. The most common type of problem is bacterial infections.

The symptoms of this can range anywhere from redness in the skin to lethargy and a loss of appetite, though thankfully antibiotics can treat most bacterial infections in frogs. On the other side of things, fungal infections are one of the worst things that can happen to your frog. These infections manifest as patches of fuzz on your frog’s skin. If you notice an infection brewing, you need to quarantine the affected frog to ensure that the fungal infection doesn’t spread to the other frogs in the tank and endanger them.

Another disease that can affect your frog is something called “Dropsy.” There is virtually no way to see what causes this condition, but if you notice that your frog is anxious and bloated, you should contact the vet as soon as you can, as Dropsy can quickly progress into a fatal illness for your frog.

The next health problem is one that might not affect the frog as much as it could affect you. Most frogs are carriers for salmonella. This means that if you touch the frog at any point, you could be exposing yourself to this. This means that you should always use a net or wear gloves if you must touch the frog, and that people who are immunocompromised should not get these frogs. 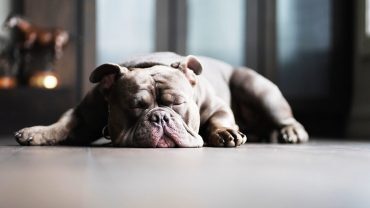