If you were to look for passionate pet owners, you will realize that cats are perhaps the most passionate demographic all around. People love their cats quite a bit, and they choose to express their love in a variety of different ways.

Some people like to take photos of their cats, while others like to show their love and affection by just making sure that the animal has maximum comforts.

However, Siamese cats tend to bite more often than other breeds. The Siamese cat is one of the oldest cat breeds in the world, and was discovered in Asia. Despite the fact that they are known to be loving and caring, and incredibly loyal, these cats also have a reputation for their biting. But, why? There are many reasons. Let’s go through them one by one.

These Cats Get Quite Excited

The Siamese cat is generally quite playful and loves to enjoy things with its owner. One of the most common reasons why all cats bite, including the Siamese ones, is primarily because they get too worked up while playing. You need to understand that these cats have much sharper senses than humans.

They are constantly receiving and processing information from their surroundings, and when they are mentally at a heightened stage, such as when they are playing, you should know that they can get overwhelmed at times. Even the cat’s voice is likely to change, and you will notice significant dilation in its pupils.

This is a vulnerable time for you, and if you notice this sudden change, it might be a wise idea to step back for a while. Most people misinterpret this as anger, but it’s just the cat processing everything in one go. They are so full of energy that they don’t know how to lash out and release all of it. There’s no reason to worry about discipling the cat because they are just being playful.

One of the reasons that Siamese cats tend to bite is because they are scared. Now, if you have had the cat for a while, this probably doesn’t make sense. But, before you ignore this one entirely, it might be a wise idea to take a look around in your surroundings and see what has changed.

Cats become very comfortable in their surroundings, and if you introduce a sudden change, the animal is likely to get scared or angry. As a result of that, they are likely to bite. It’s important that you make sure that the surroundings around the cat remain consistent at all times. If you have introduced a change, give it a while for the cat to become accustomed to it.

They Are Predators, After All

Cats are predators, and are identified as obligate carnivores. This means that it is in the cat’s DNA to bite and eat meat. If they don’t feel that they are able to bite, the cat is likely to become dejected, scared, and withdrawn. It’s for the same reason that cats like to clean their paws and sharpen their claws.

As an owner, you should always expect your cat to bite any time it gets the chance. It’s in the animal’s very nature, and you should expect it to behave instinctively at times. You are going to get scratched, and the cat is likely to bite you from time to time.

Some cats like to bite playfully, while others like to go in hard when they realize you are doing something that they don’t like. For instance, if you are messing around and constantly annoying the cat, there is a risk that it is going to bite you.

Why do Siamese cats bite so much?  One of the reasons behind this could be the fact that these cats have an incredibly short temper. If you are doing something that the cat doesn’t like, you can’t expect the cat to ignore it, especially a Siamese cat. They are going to lash out as soon as they get a chance.

One thing that you should know about Siamese cats is that while they love their owners, they have a pretty low tolerance to annoyance. If you do something that annoys the animal, don’t expect it to let it go.

For instance, if you are constantly picking up the cat against its will, there is a chance that the cat will bite you to get out of your hold.

These cats tend to get quite angry, very quickly. They are likely to bite if they don’t get what they want. It’s important that you carry out some discipline training to make the cat understand that biting is not right, especially the owners. If you do not train the cat and curb this behavior quickly, it won’t be long before the cat starts biting everyone it comes across.

Another thing that you should know about Siamese cats is that they are quite sensitive to touching. If you are constantly touching the cat and fiddling around with it, you can expect a reaction. In most cases, this reaction is a bite. Combined with their temper and their predatory instincts, it doesn’t take long for the animal to just lash out.

It might be a wise idea to get a detailed history of the animal before you decide to get one. This will give you a better idea about the cat itself and its behavioral tendencies, making it easier for you to predict the animal’s behavior. With the passage of time, certain behavioral tendencies tend to subside, while others come out even more.

For instance, if the animal received abuse from other animals, or if its previous owner was abusive, the cat is likely to lash out at the slightest movement. There’s really no solution to figure out how to “fix” the heightened state of sensitivity. Just make sure that when your cat gets angry, you leave it alone for a bit.

Finally, there’s the discomfort factor. If your cat is not uncomfortable in a particular position and if you are constantly preventing it from getting away, get ready to get bitten. For instance, if you are holding on to the animal for a long period of time and it’s trying to fidget and get out of your hold, you can expect a bite or a scratch.

These are just a few things that you should know about why Siamese cats tend to bite now and then. As long as you take care though, you don’t have to worry about getting bitten at all! 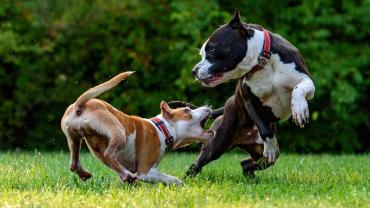