Home
Pet Type
What Is a Lynx Point Siamese Cat?

Siamese cats are incredibly popular across the globe. In fact, the Siamese cat is one of the first breeds of the Asian cat that were recognized and distinguished.

The Siamese, as you might know, is a famous breed that has been crossbred with a host of other breeds. The Lynx Point, also known as Tabby Points in the UK, are just the breeds that have a distinctive pattern. These are Siamese cats only, but they have a distinctive appearance.

The Siamese cat traces its origins back to 1351 AD, in Thailand. A description of the cat was found in an ancient manuscript known as the Tamra Maew, or the Poems of the Cat-Book. A number of different descriptions were also discovered outside of the country, and they were used to confirm the presence of the Siamese cat in olden times.

Back in 1767, when the capital city of Thailand, Ayutthaya, was attacked by the Burmese, the attackers ransacked everything and ordered that these Thai cats be taken back to Burma with them. It was believed that these cats would bring good luck to everyone who kept them.

However, times have since changed, and in Thailand, many people tell this story as a joke. It is considered to be a humorous retelling. The cats hail from the region from Siam, thus their name. The cat arrived in 1878 in the United States. It was sent by the American Consul in Bangkok. The cat quickly became a pet favorite, and was compared to the Persian and the British Shorthair.

But, what is a Lynx Point Siamese Cat? The Lynx Point Siamese cat is commonly known to have very well-defined stripes near its legs and its cheeks, along with their eyes. The tails also have distinctive markings, with several rings of different colors that extend all the way around their tail, wrapping up their legs.

The color of their body is usually pale, which is usually similar to other Siamese cats. As the cat begins to age, you will notice that its body will also begin to darken. There’s no restriction in color; the Lynx Point Siamese cat is available in a variety of them, including cinnamon, red, apricot, caramel, and several others. You just won’t find colors such as chocolate, lilac, or blue in this breed.

One of their most unique features is a distinctive “M” mark that is found on their foreheads. Their whisker pads also have spots on them, and even their ears have a vague outline that resembles the color of the stripes you will notice on the cat’s face. The central area of the cat’s body is usually pale in color, and you might notice that it looks like a thumbprint at a distance.

The Lynx Point Siamese cat shares the same traits with its parent breed, the Siamese cat. These cats are incredibly loyal and friendly to their owners. Furthermore, you should know that these cats usually like to stay quiet; they definitely aren’t as vocal when compared with other breeds.

But, these cats have an incredibly pleasing personality that you will surely notice. These cats love to play around the house, and they are quite loyal to their owners. Furthermore, the cats have a higher level of intelligence, and will easily integrate and adjust with all the other members of your family.

These cats usually have a pretty laid-back attitude and aren’t going to cause many problems around the house. In most cases, you won’t even notice them around the house. But, the cat will become the center of attention once it starts playing. They like to jump around and play with toys, so make sure you get plenty of those.

These cats need a lot of affection and praise from their owners, and you need to make sure that you show your love. The cat usually lives up to 20 years if you control its diet and make sure that the cat gets plenty of exercise. Furthermore, you should know that the cat likes to be cuddled and you can even train them for games such as fetch.

The cat also understands your tone, and if you talk to them in an affectionate tone, you will notice that the cat will take notice. Make sure you praise the cat whenever it does something good. If you give the cat praise on a consistent basis, it will often be willing to go out of its way to please you. If the cat completes a particular task, make sure to heap lots of praise on it.

There aren’t many differences between the Lynx Point Siamese cat and the normal Siamese cat. Because they have such a loyal affectionate nature, many people love this breed over other Siamese cats.

One of the things that you should know is that this cat is not a specific breed. It’s just the Siamese cat with unique markings. You need to understand that there is no such specific breed like the “Lynx Point Siamese Cat.” The name was given by the American Cat Fanciers Association.

Because these cats had lynx markings, the name soon took. In the UK, these cats are known as the Tabby Point Siamese cat, or just Tabby Points. So, if you come across either of these names, don’t get confused. It’s just the same thing!

The Lynx Point Siamese cat does not need a lot of care and grooming. Like any Siamese cat, it doesn’t require a lot of grooming. You should know that only a simple brushing is needed to ensure that the cat remains neat and clean because the cat has short fur. You should buy a standard fur comb to brush its hair.

This is going to ensure that there are no hairballs and the skin oils are spread out evenly throughout the cat’s body. In most cases, the cat doesn’t require attention throughout the course of the day. These cats know just what they need to keep themselves engaged.

But, because they have such sharp minds, it is imperative that you provide them with several toys to play with. They are also pretty active cats, and they like to jump around too. It’s important that you put up some shelves or perches around the house so that the cat can move around freely.

These cats are incredibly loving and will reward you with loyalty throughout their lives. They often like to show their love by nuzzling up to their owners as well from time to time. If you are looking for a beautiful cat that looks distinctive and has all the right traits for being a loving pet, you should absolutely consider going for the Lynx Point Siamese cat. 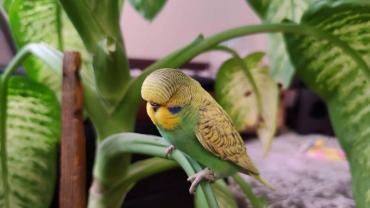