Both the Shih Tzu and the Pomeranian are two of the cutest dog breeds in the world. The Shih Tzu is known for its small size and overly grown hair, whereas the Pomeranian is famous for its cute, teddy-bear-like appearance. It also has very cute, oversized ears. While they are both loving breeds, what happens if they are mixed and bred together?

The result is the Shitzu and Pomeranian mix, a famous designer crossbreed that’s renowned for its behavioral traits and its cute appearance. Some refer to it as a Shiranian, whereas others call it a Shih-Pom. Regardless of what you call it, this is one of the best dog breeds in the world.

The crossbreeds are generally quite small, and they usually reach a maximum of 12 inches in terms of height. Apart from that, their weight ranges between 1.8 kg, and can reach a maximum of 6.8 kg. Because of the Shih Tzu’s heavy coat, the Shiranian also has a thick double coat, which is sometimes a bit curly or sometimes straight. The colors usually range, starting from blonde to red and orange, and even black or white.

In most cases, each litter results in up to six puppies, most of which are hypoallergenic. This toy breed was originally bred in the United States, but has since spread to many parts of the globe because of its temperament and its cute appearance.

The Shiranian is an excellent pet for children and will become a very active member of your family. They are incredibly friendly and warm toward humans, and they adjust very quickly to different households. As you can imagine, their overly friendly nature means that these animals cannot serve as good watchdogs. But, you really won’t want this tiny breed watching over your house. It’s generally an excellent fit for people who are looking for a cute and friendly dog to enter their lives.

The Shiranian is incredibly possessive toward its owners. Considering its characteristics, it would not be a wise idea to leave your dog on its own for extended periods of time. It’s going to get really agitated and angsty, and it might become destructive as well. These dogs share a very close connection with their family members, and are likely to suffer from separation anxiety if they are left on their own for too long.

Another common quality found in these dogs is that they know how to attract the attention of their owners. They are known for their cute behavior and they like pulling off different antics to make sure that they always remain in their owner’s eyes. You won’t find these dogs barking too much because of their friendly nature. They are mainly just known for licking their owners to express their love.

The Shiranian is notorious for its jealous streak. They can have a pretty strong one too. If they notice their owners looking over at other dogs or spending their time with other animals, they may get a bit angry, and will definitely show their disapproval. That is one of the main reasons why you need to get the dog socialized from an early age. You need to make sure that your dog is socialized with other animals as early as possible.

You need to take them to a dog park or meet with other dogs to get them socialized from an early age.

The long coat of your dog means that you will have to pay constant attention to their grooming. Improper grooming could have an adverse effect on the animal, and it’s likely to get the coat tangled as well. If you are not going to call a professional groomer and plan on doing it on your own, it’s important that you dry it with a towel first. Blow drying is not a wise idea for your dog’s coat, as it’s generally quite sensitive.

More importantly, regular grooming is essential as it reduces the chances of shedding. Ideally, you will want to make sure that you get rid of the hair if it’s stuck on different surfaces as well. Your maintenance costs and efforts are going to increase a bit because of the dog’s double coat as well.

Ideally, you will have to brush the animal’s fur on a daily basis. This is going to reduce the chances of entanglement as well by a considerable margin. More importantly, you will want to make sure that you wash the fur with a mild soap to keep it shiny and clean as well.

The Shiranian is generally one of the healthiest crossbreeds in the world. While it doesn’t suffer from a great many health complications, you should know that they are prone to depression. The dogs tend to get very lonely when they are kept away from their owners. If they develop signs of depression, it doesn’t take long for their health to spiral out of control, and a series of other problems are likely to occur.

For instance, the original breeds are generally prone to developing hip dysplasia. Hip dysplasia is a serious condition that could prevent the dog from walking properly. But, the chances of the dog developing this condition are generally low due to the crossbreeding. Keep in mind that the dog is also at an increased risk of suffering from respiratory issues. You need to keep a check on the dog’s health by taking it to the vet on a regular basis.

You will want to spend as much time with your dog as possible. Failure to do that could lead to a litany of problems and make your dog rowdy and angry. You don’t want behavioral issues arising in your dog, and the best way to deal with the problem is to make sure that you take it out for exercise at least once a day. They are susceptible to suffer from injuries because of their diminutive size, so it’s important to be careful with them as well.

You will want to schedule regular visits to the vet, and it’s equally important that you closely observe how your dog is doing. It’s recommended that you pay attention to any signs of lethargy. More importantly, start training your dog from an early age to make sure that they understand and respect you. 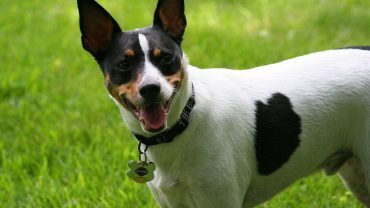