The German shepherd is one of the most popular dog breeds in the world. The animal is known for its active lifestyle, its amazing intelligence, and its fearsome loyalty toward its owner.

However, if you are going to buy a German shepherd, you need to figure out whether this is the right choice for you or not. It’s not just about the lifestyle and the amount of time that the animal requires.

You also have to determine whether the animal is affordable or not. How much does German shepherd puppies cost? When evaluating the price, you don’t have to think about the costs of buying the pup, you also have to factor in the costs of raising the pup and how it’s going to affect your life.

Purebred German shepherd puppies are some of the most expensive puppies out there. These puppies have specific appearances and traits like their ancestors, and their bloodline has been tracked along the ages. They are purebred, meaning you can find information about their ancestors as well by tracing their bloodline.

If you are buying a purebred, you will already have a clear idea about the kind of pup you are getting, how it’s going to look when it grows up, as well as an insight into its general behavior. It is important that you talk to a responsible German shepherd breeder to find a suitable pup. The prices tend to start from $500, and can go upwards of $2,000 or even higher!

The costs are also higher, starting from $700 and going upwards of $2,000 depending on the animal’s bloodline. Keep in mind that these are generally not very common, so you may have to join a waiting list to find one. It may take several months before the breeder gets back to you with an offer.

Also because these animals are so rare, you should know that the breeder is likely to change the pricing based on demand.

Another expensive variant, the Czech German shepherd looks like a wolf, and shares several similar features. They have been bred for several types of work, primarily because they are so strong and have a very high intelligence. That is one of the main reasons why Czech German shepherds are most commonly used by both the military and the police.

If you are interested in buying a Czech German shepherd, you should know that getting one from a reputable breeder is the way to go. The price range starts from $500 and can go as high as $1,500 in most cases. However, there are specific bloodlines that can cost upwards of $2,50.

Why Does the Cost Differ?

It’s important to understand that the cost of buying a German shepherd varies based on quite a few factors. Breeders generally factor in the costs of raising, training, breeding, and showing the animals. The puppies that are bred for show quality are obviously more expensive than the normal ones. They are quite rare, and they are bred to the highest standards.

If you want to save money on buying a German shepherd, it might be a wise idea to get one from your local animal shelter. However, if you want a dog with a proven bloodline or one that descends from a famous hunting line, it might be a wise idea to go to a breeder. Obviously, while animal shelters cost way less, the quality of the bloodline is also going to play an important role.

The Costs of Raising a Puppy

There are several factors that come into play when determining the costs of raising a German shepherd puppy. It is imperative that you set a monthly budget for your dog and stick to it. Here are a few things that you should know.

First of all, you have to consider the costs of food. Depending on how active your puppy is, the costs are going to vary. In general, you can expect to spend around $1,000 a year just for food for your dog.  It’s recommended that you search a few brands and find one that your dog really likes. Dogs are generally picky eaters, so it might take you a bit of time to find the best food that your dog really likes.

Apart from that, you will also want to factor in the costs of treats and other dry foods that you are going to feed your dog from time to time.

This is perhaps the most important part. This is a large breed, so your dog will need to get timely injections and vaccinations. Apart from that, your dog will also require regular checkups for issues such as hip dysplasia. It might be a wise idea to consider buying pet insurance for your dog if you want to avoid costly treatments in the future. Ideally, you will be taking your dog to the vet consistently every three to four months.

It’s important that you talk to your vet about what kind of food you should feed to the dog, and if you need to give the animal any vaccinations or not. Apart from that, investing in supplements or providing multivitamins and probiotics to your dog is also very important. Just make sure you do not feed the dog more than necessary, as that could lead to serious problems.

These are just some of the main factors that you need to consider when getting and raising a German shepherd puppy. Make sure that you pay attention to the animal to ensure it grows up healthy and doesn’t suffer from any major problems. 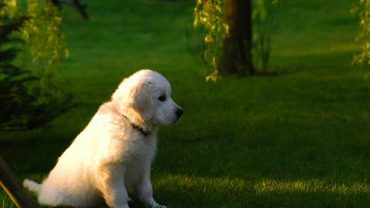