If you have decided that you want to own fish, there are many, many things that you will have to consider. For one, you will need to determine what type of aquatic animals are going to be in the tank. You will need to consider the equipment needed to keep the water flowing and oxygenated, and you will also need to make sure that you have the materials to keep the water’s chemicals at the most suitable level for the animals that will be inside the tank.

With all of this being said, you might have some trouble deciding where to start out when choosing a fish. No matter if you are a first-time aquarium owner or you have owned aquatic animals for the majority of your life, it can always be a hard decision to choose one. One of the most common aquarium pets that people adopt are angelfish. These fish are common, are easy to care for, and make wonderful starting pets when it comes to aquarium pets. In fact, they come in a large variety of colors as well, meaning that they can add more pop to your tank even if the angelfish aren’t the main focus.

What Is the History of the Angelfish?

Originating in South America around Peru, Brazil, and Colombia, this fish lives in freshwater rivers. There are even several species of angelfish that find themselves living in the Amazon River. If you find a fish that looks like an angelfish, but lives in saltwater, then it is not a true angelfish. These fish have about three different subspecies. They can be thought of as a typical freshwater fish, living around the plants in the water and hiding behind rock formations, as they traditionally live in the shores of both rivers and ponds.

This fish has a unique appearance, combining its elegant shape with bright colors that shimmer when the sun hits the scales just right. Typically, this fish will be about six inches in length and eight in height, making it a fairly sizable fish. The sizes do not vary all that much between the subspecies. Their bodies are thin and tall, with their characteristically lengthy fins on the top and bottom of the body making up most of the height. Most of these fish have brown or black stripes on them; these are believed to have evolved to help the fish hide behind plants more easily.

However, not every one of these fish has the stripes, depending on where the fish was obtained. As for the color, these fish can range from a silvery color with black stripes running vertically along the body to being a marbled black and silver. The color of the fish’s main body very rarely deviates from white or silver while the stripes are rarely a color other than brown or black. This gives the fish its unique, characteristic appearance that many people enjoy looking at in their aquariums.

What Kind of Care Does the Angelfish Need?

As long as you are not attempting to breed these fish, they are incredibly easy to care for, making them one of the best starter pets that you can consider if you want to have fish. As they are fairly docile, you will not need to make much of an effort to keep the fish from being around other species, although there have been instances where they will attack smaller species so you should be wary about that. They are considered “opportunistic” fish, meaning that while they are not inherently aggressive, they will attempt to eat just about anything that can fit into the fish’s mouth. This means you should make sure that the substrate bedding of the aquarium is too big for that; plus, if you don’t want other fish eaten, they should not be small enough for the angelfish to eat.

These fish are social and enjoy being with other fish of their kind, meaning that if you are planning to get one, you should also get several. The general rule is that two or three work in smaller tanks. If you have a large enough tank, you can keep them in a group of five or more. Aside from this, these fish do not have any special care requirements, which is one of the reasons why they are one of the easiest fish to own.

What Aquarium Requirements Does the Angelfish Need?

These fishes are generally easy-going when it comes to making sure that your aquarium has everything that it needs. First things first; you should start out with about 30 gallons for a single/pair of fish. If you want to have more fish than this, you are simply going to have to increase the size of the tank. If you are torn between getting a long but shallow tank or a small but tall tank, you should try to accommodate the height of the fish first by getting the tallest tank. These fish are freshwater fish and they enjoy having lots of plants and places to explore and hide, meaning that a densely decorated bottom is important.

These mimic the rocks and large, leafy plants that they hide around in their natural habitat. The temperature of the tank should range between 76 and 82 degrees Fahrenheit. The pH of the tank needs to be between 6.5 to 7.5 unless you have a specific subspecies (Pterophyllum leopoldi), in which case the pH needs to be adjusted to 6.8 to 7.0. If you are not sure of the specific subspecies of your fish, you should stick with the smaller range just in case. They generally prefer more dimly lit aquariums so you should avoid adorning your aquarium with LED lighting and lamps.

What Kind of Food Does the Angelfish Need?

As omnivores, these fish are not at all fussy about what kind of food you can feed them, although there are a few things to keep in mind if you want to keep them satisfied. While omnivorous, they do have a tendency to prefer meat over plants as they feed on crustaceans and invertebrates in the wild. Many people (and fish) are fine with standard cichlid flakes and pellets.

However, this should be used as a staple diet combined with live food as supplements. Shrimp pellets also work as a decent staple diet if you want to add some more variety into your fish’s life. You can also consider frozen food as a treat for your fish if this is easier for you to obtain. The food that you should look for includes bloodworms, white worms, brine shrimp, and similar insects and crustaceans.

With all of this being said, they will still be more than happy to eat plants in the aquarium as a snack and can also benefit from the occasional treat of algae wafers or fresh vegetables. If you really want to treat your fish and make it work for its food, you could consider purchasing some live fish that angelfish commonly prey upon and put those into the tank. This can give your fish something to chase if they are feeling hungry. When feeding the fish, you should rotate the diet daily and feed them a small amount of food once or twice a day. 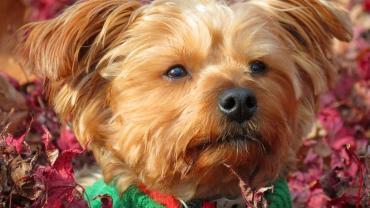